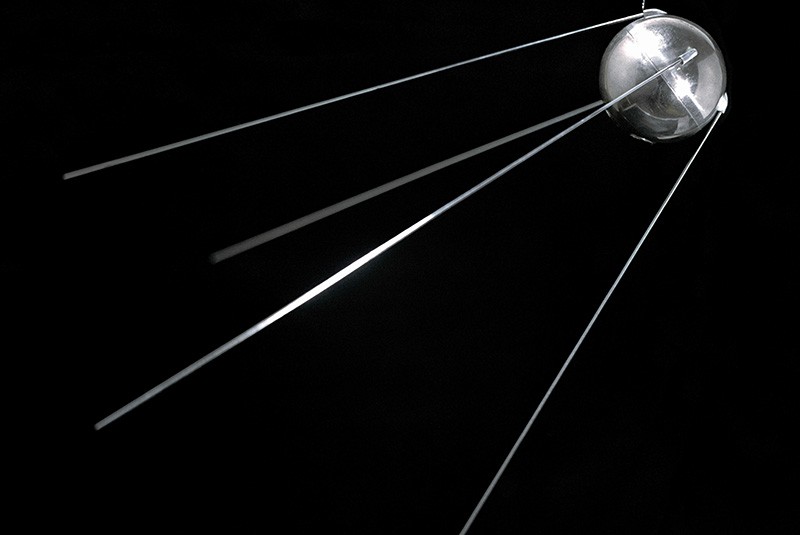 The Space Race started when America feared
Soviet prowess in space. They launched their
own space program, in order to compete with
the U.S.S.R..

Military objectives started the Space Race. Both countries feared that the other had surpassed them technologically, and therefore militaristically, so the two were constantly trying to get a leg up on the other. The U.S.S.R. started this in space. The launch of Sputnik 1, the first arteficial satellite, marked the beginning of one of the greatest scientific and military competitions in the history of the world. "If the Soviets can put a satellite into space, what about a listening post? What about a nuclear weapon capable of striking anywhere in the U.S.?" the Americans wondered. "We must do the same for our own saftey. Russia must not surpass us!"