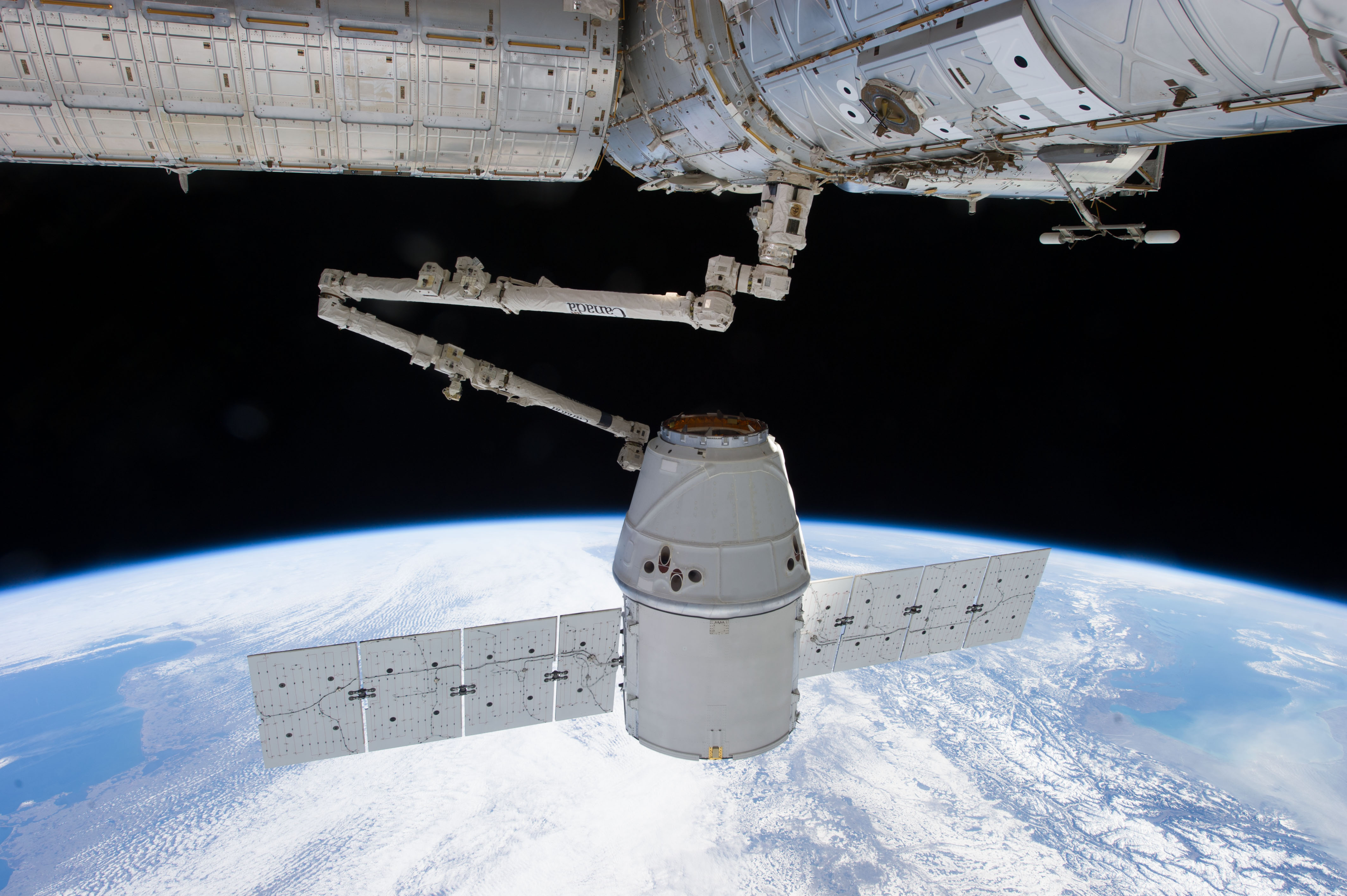 Today, space is one of the most peaceful
and co-operative places humans can access.
There are numerous examples of people coming
together for science in the void.

Space today is universally accepted as no country's territory. Because of this, many countries pitch in and help in humankind's dreams of the stars. Take a look at the above image: in it, you can see several moduals of the International Space Station, which are created by a range of nations, including Canadarm, which you can see labled. Also in the image is the Dragon spacecraft. Created by the private company Spacex, it would not have been anywhere close to possible under Soviet control of space. Space today is free to all countries to co-operatively explore and discover.